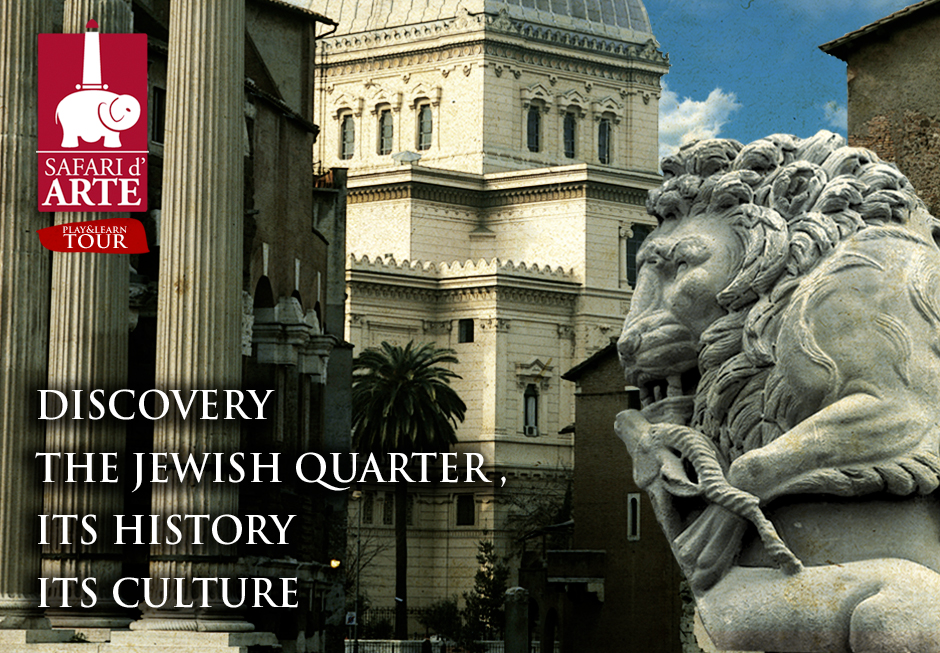 This tour will offer you the opportunities to visit the jewish Ghetto and the Tiber island  with Safari d’arte play&learn tour and visit Jewish museum and the Synagogues.

Discovering the Jewish Ghetto and the Tiber Island

We will study the map and photographic clues in the book that will be delivered to the participants and sew will begin a real treasure art hunt. Together we will explore this fascinating place, the scene of important events over the centuries. We will start the game from Piazza Mattei and its graceful turtles, witnesses of a romantic love story. From here we travel along the narrow streets that will lead us to the Portico d’Ottavia, surrounded by delicious  scents of the kosher kitchen.

Finally we will move on the banks of the Tiber, where the ancient Roman legend of the snake of Aesculapius will allow us to understand why the Tiber Island in the shape we know today.

2.Visit the Jewish Museum of Rome and the Synagogue – Duration 45 minutes

The Jewish Museum of Rome, located in the monumental building  of the Great Synagogue, was opened in 1960 to display the collections of the Jewish Community of Rome: Roman silverware from the 17th and 18th century, precious textiles from all over Europe, miniated parchments and marble carvings saved when the Cinque Scole, the five synagogues of the Ghetto, were demolished.

On November 22, 2005 the Museum reopened to the public, after renovation works: there are seven totally new exhibition areas, with a didactic itinerary planned in order to highlight the magnificent artifacts and the precious documents that narrate the over 2000 year old  history of the Jews of Rome, the relationship